Something for Akro Friday? 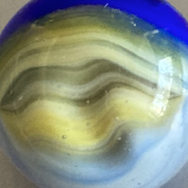