No clue on this crazy one 5/8 size 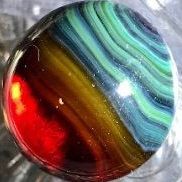