If it glows orange or green in blacklight?? 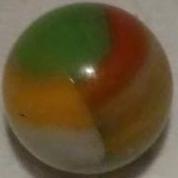